Indiegogo reaches for crowds with iPhone

Looking for a crowdfunding project to put some cash into? There’s an app for that, as Indiegogo launches its own for the iPhone.

While Kickstarter introduced its own iPhone app some time ago, Indiegogo’s introduction arguably suggests the importance of mobile services within the emerging digital democracy of crowdfunding, after all — potential investors and projects need to be able to reach each other no matter where they happen to be. That’s something the crowdfunding services seem to recognise.

Indiegogo CEO, Slave Rubin told TechCrunch that if the company were launching today it would be a mobile-first company.

“Having a mobile presence like this will allow for an even more localized and personalized experience, which will take away even more friction,” he said.

The new app has tools for supporting and managing campaigns on the service:

It doesn’t stop there—campaign creators will soon be able to publish an Indiegogo campaign using their phone.

“Since day one we have been dedicated to providing our campaigners and contributors with the best funding platform in the world,” said Rubin. “This year has been one of tremendous growth for us and we’re investing heavily to continue improving Indiegogo for mobile users globally. The Indiegogo App is the first of many advancements focused on delivering the best mobile experience imaginable.”

Is the app available for the iPad? Not quite, the company states:

“We love tablets! Optimizing the Indiegogo app for iPad is one of our priorities, and we’ll make an announcement as soon as we have news to share.”

Perhaps reflecting the fragmentation of the platform, neither Kickstarter nor Indiegogo offer an app for Android just yet. However the Indiegogo promises this to be “on the radar” for release later this year — watch this space. 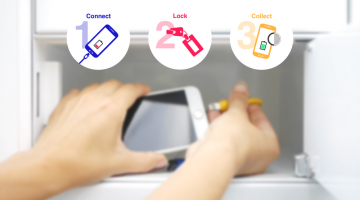