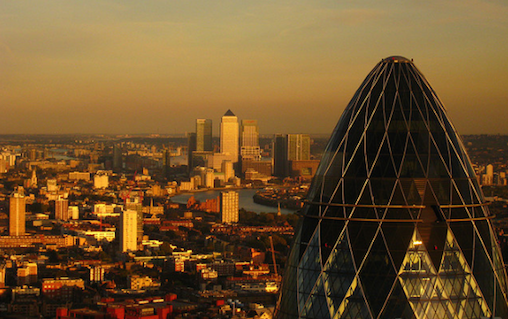 London may be the UK hub, but this doesn’t mean business ideas and acumen don’t exist outside the capital. Crowdfunding service Indiegogo’s Anastasia Emmanuel has a vision to switch the UK on to its own potential.

“Great Britain is a nation of innovation but Britons are being stifled by a lack of available finance. Through the power of Indiegogo, we want to see kitchen table businesses thrive, nurture new inventions, support amazing causes and stimulate Britons to fulfil their entrepreneurial ambitions and creative dreams,” she says.

Emmanuel took a moment to chat with CrowdfundInsider to elaborate on her plan to enable UK business inside and outside the capital. Entrepreneurs outside London have a much tougher time finding and getting their ideas financed because venture capitalists and angel investors are so often London-based and London-focused, she observed.

That’s a situation that distorts the nature of business success in this country.

“We believe that lack of crowdfunding successes outside London, isn’t because of a lack of innovation or creative talent, but, a lack of awareness of crowdfunding as a viable alternative to traditional finance, be it bank loans, investment or grants,” she said. “London is it’s own bubble and we have amazing success stories every week on Indiegogo, distributing millions of pounds.”

In pursuit of the mission to make those outside London more aware of the potential of crowdfunding services, Indiegogo recently sent its roadshow to several cities across the UK. This will be the first of many such attempts as the service attempts to help stimulate business outside the capital, said Emmanuel.

Investors take note — while it remains true that reward-based crowdfunding services such as Kickstarter and Indiegogo don’t yet offer a true return on any investment (beyond the chance to get to know innovators with good ideas) Indiegogo does plan to introduce an equity crowdfunding  platform in future.